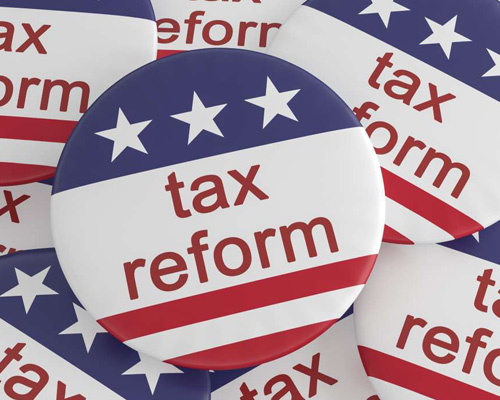 In late 2017, the Public Affairs Research Council of Alabama (PARCA) surveyed Alabama voters to determine their thoughts about the general direction of the state and the issues that most concern them. PARCA partnered with Samford University to survey policy professionals from across the state, including academics, journalists, business and nonprofit leaders, and lobbyists. Their responses provided a list of 17 critical issues facing Alabama. PARCA partnered with USA Polling at the University of South Alabama to ask registered voters about these 17 issues. The voters’ responses generated the Top Ten list of voter priorities. Details about the survey and its methodology can be found in the full Alabama Priorities report.

Voters broadly agree on the critical issues facing the state.

Policymakers have an opportunity to inform and educate voters on critical and systemic challenges facing the state.

Policymakers have an opportunity to respond to immediate, often highly personal issues that concern voters.

Elected officials and candidates have an opportunity to show leadership and to build broad coalitions to address Alabama’s most pressing challenges.

In the following months, PARCA will produce summary briefs on each of the top ten priorities chosen by Alabama voters, starting with #10. Each brief will answer four critical questions: what is the issue, why it matters, how Alabama compares, and what options are available to Alabama policymakers.

What is the Issue?

Tax reform is the 10th most important issue for Alabama voters, with 47% of voters indicating they were very concerned about the issue. Tax reform averaged 3.89 on 1 – 5 scale where 1 is “not at all concerned” and 5 is “very concerned.”

That voters are concerned about taxes and tax reform should come as no surprise. That the issue ranks tenth, however, is unexpected. The survey did not ask the direction or nature of tax reform. Certainly, voters and policymakers have differing concerns about Alabama’s tax policy. Taxes could be too high, too low, insufficient, or unfair. Recent research suggests that all of these can be true at the same time.

Why Is Tax Reform Important?

Public services in the United States, things like education, roads, and prisons, are generally funded through a mix of taxes and fees assed to all taxpayers. The structure of the federal system and the fifty state systems are complicated and the subject of ongoing debate. Voters and policymakers can and do argue over the details of the tax structure. However, there ought to be broad agreement on two fronts.

First, the tax system should generate revenue sufficient to meet the needs and demands of the public. The Alabama Priorities Project and other PARCA research suggest that many Alabamians do not believe that Alabama spends enough on public services.

Second, public revenues should be reasonably stable from year to year. However, Alabama has relied on one-time sources of revenue or unexpected windfalls to balance its books in each of the past five years. The 2017 Interim Report of the Legislature’s Joint Task Force on Budget Reform:

Year after year, session after session, the Alabama Legislature returns to Montgomery to answer the same, age-old question: “What are we going to do to fill the hole in the General Fund Budget?”  Certainly, there have been times over the years that this was not the case, but for the most part this question has been asked annually for decades.[2]

In attempting to achieve sufficiency and stability, voters and policymakers wrestle with three basic questions: Fairness – does the tax burden fall fairly across all taxpayers?; Adequacy – is tax revenue sufficient to meet the needs of modern life?; and Efficiency – Is the tax relatively easy to collect or does it place too great a burden on government or taxpayers? Jim Williams, retired PARCA Executive Director, notes “Tax problems are present in all states, but in Alabama the failure to create a fair, adequate, and efficient system of taxing and budgeting has led to what is in effect a perpetual budget crisis.”[3]

How Do Alabama Taxes Compare?

The median state had a per capita tax advantage of $1,235 over Alabama. In other words, if Alabama collected taxes at the per capita rate of the median state, local and state governments here would have an additional $6 billion to spend building and maintaining roads; providing police and fire protection; operating civil and criminal courts; supporting schools and colleges; libraries and parks; and the myriad of other functions government performs.

National comparisons are not always convincing because of regional economic differences, but Alabama stands out even in the Southeast. The figure below presents two sets of calculations. On the left, the Southeastern states are compared and ranked on their total state and local tax collections divided by their populations, producing a total for tax collections per capita. The chart on the right shows the per capita tax advantage of other Southeastern states over Alabama.

As a bottom line, Alabama governments have less tax money available to pay for those services.

However, this is not widely understood. PARCA’s 2017 public opinion poll revealed that 34% of voters believe they pay about the same in taxes as those in neighboring states and 29% believe they pay more than residents of other states pay.

What Can We Do?

Voter concern about Alabama’s tax system or doubts about its adequacy and fairness can be troubling to policymakers at every level. Alabama has two sets of options: piecemeal refinements or broad-based reform.

State and local governments could expand the number of services that are taxed. Alabama applies its tax to almost all sales of goods, but it does not apply the tax to most kinds of business, professional, computer, personal, and repair services. In recent decades a greater share of economic activity has shifted toward consumption of such services. Alabama taxes 22% of services – the average state taxes 55% of services[4].

The state could increase and stabilize revenue through increases to property taxes. Property taxes are hard to change in Alabama. Caps on property taxes have been placed in the Alabama constitution, and any change to property tax rates requires approval not just from the Legislature, but also by a vote of the people.

Since 1991, three major tax reform proposals have been developed (The Alabama Commission on Tax and Fiscal Policy Reform in 1991, The Tax Reform Task Force in 1992, and Governor Riley’s Accountability and Tax Reform Plan in 2003). As Jim Williams notes, “Experience has shown that Alabama voters are unlikely to favor a comprehensive reform package.”[5] However, while none of the major reforms were initially adopted, in the years since, a number of measures tracking or closely related to those systematic reform proposals have been adopted.

Alabama’s tax system is not balanced. Policymakers can improve voters’ confidence in the tax system and stabilize revenue by seeking a better balance of taxes on income, property, and transactions – what we earn, own, and buy.