Billions Coming to Alabama through the CARES Act 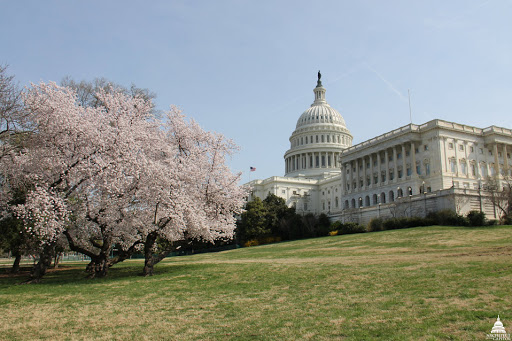 Alabama is in line to receive more than $2.47 billion from the CARES (Coronavirus Aid, Relief and Economic Security) Act signed into law by President Trump on March 27. A supplemental act passed Congress on April 23.

Below, PARCA explores key provisions of the Act, with attention to funds allocated for state and local governments and schools.

These projections do not include funds for hospitals, medical providers, airports, the value of business tax credits, or funds for expanded unemployment benefits and the Paycheck Protection Program.

The CARES Act provides $2.3 trillion in funding for individuals, schools, state and local governments, and businesses. The Act, running more than 800 pages, is complex and expansive. Many organizations and law firms have provided detailed explanations of the CARES Act and general COVID-19 responses, including:

The Act allocates $150 billion to support state and local governments’ responses to the pandemic.

Of the $150 billion, $8 billion is allocated for tribal governments, $2.5 billion for territories, and $500 million for Washington, D.C. The balance is allocated to states on a per capita basis based on population figures in the U.S. Census Bureau’s 2019 Population Estimates. Regardless of population, every state will receive at least $1.250 billion.

Based on these numbers, Alabama can expect $1.9 billion in funding. The chart below displays the total funding each state can expect.1 Alabama’s share, like all states, is reduced by the amount of funding directed to local governments.

Local governments with populations of at least 500,000 also receive funding through the CARES Act. Local funds are deducted from their states’ shares. In Alabama, only Jefferson County meets the population threshold. Jefferson County should receive approximately $114.9 million of Alabama’s allocation, reducing the state government’s share to $1.786 billion.

However, leaders do not have full discretion over how funds may be spent. The CARES Act limits expenditures to those that “are necessary expenditures incurred due to the public health emergency,” 2 are not included in current budgets, and are expensed between March 1, 2020 and December 30, 2020.

“Due to” implies direct and indirect expenses arising from governments’ responses to COVID-19. These include direct medical and public health expenses and economic support for affected employees and businesses. Some states allow governments to make loans and grants to businesses. A recent opinion by Alabama Attorney General Steve Marshall states that transactions are prohibited under the Alabama Constitution.3

The Treasury Department provides examples of allowed and disallowed expenditures.4

CARES Act funds cannot be used to offset declines in revenue, which are expected to be substantial.

The CARES Act provides $30.75 billion to education: $14.25 billion for higher education and $13.2 billion for elementary and secondary education.

Of the higher education funding, 90% is allocated directly to institutions of higher education. Allocations are based on the percentages of students receiving Pell grants. At least 50% of these funds must be used to provide emergency financial aid to students. The balance of the funds can be used for other purposes, including recouping student refunds for tuition, fees, room, and board, technology purchases for students, and additional aid to students.

Public institutions are eligible for $167 million–$56.3 for two-year schools and $110.7 million for four-year schools.

Private institutions are eligible for $26.5 million.

The $13.2 billion for elementary and secondary education is divided among the states based on the same formulas that allocate Title I funds — federal dollars that support low-income students.

ALSDE will disperse the $195.3 million to local school systems based on the systems’ shares of Title I funding in fiscal year 2020.

School systems appear to have more discretion than state and local governments. Authorizing legislation says systems can essentially spend these funds to:

States cannot use these funds to supplant traditional education funding. The Act requires that in both 2020 and 2021, states budget and fund education at amounts equal to or greater than the average spent between 2017 and 2019. However, the U.S. Secretary of Education can waive this requirement.

The Act allocates $3.5 billion for childcare. The funds can be used to make payments to childcare providers dealing with declining enrollment or closure, provide childcare assistance to healthcare, emergency response, and sanitation workers, or for other needs.7

Exact allocations are not final, but based on guidance provided by the Department of Health and Human Services, Alabama could receive approximately $65.4 million. These funds are administered by the Child Care Services Division of the Alabama Department of Human Resources.

The Act allocates $25 billion for transit agencies “to help to prevent, prepare for, and respond to the COVID-19 pandemic.”8

Alabama should expect to receive $59 million [efn_]https://cms7.fta.dot.gov/sites/fta.dot.gov/files/docs/funding/apportionments/148421/table-3-cares-act-apportionment-section-5311-appalachian-allocations.xlsx[/efn_note] to support COVID-19 responses in rural and inter-city transportation programs. This is approximately 300% of the total annual federal appropriation for rural and inter-city transportation in Alabama.

The Act allocates $5 billion for Community Development Block Grants (CDBG) and related programs managed by the U.S. Department of Housing and Urban Development. Jurisdictions have broad leeway in how to spend these funds, and the Act does not appear to specify that funds must be used in COVID-19 response. A HUD press release lists possible uses.

To date, the Department of Housing and Urban Development has announced $39.9 million in additional funds for Alabama through traditional Community Development Block Grants (CDBG) and programs for people who are homeless and for people with HIV/AIDS.[efn_fn]10

State Health Officer Scott Harris, on March 19, issued a statewide ban on gatherings of 25 people or more, ordered restaurants to cease dine-in service, prohibited visitation at nursing homes, closed all schools and daycares, and public and private beaches. The public announcement can be found here.

The order, part of a State of Emergency declared by Alabama Governor Kay Ivey, states that, prior to April 6th, a decision will be made on whether to extend the order.

These and other measures included in the order are aimed at limiting the spread of the novel Coronavirus, COVID-19. The order’s protective measures mirror steps already taken in Jefferson and its surrounding counties and in Mobile county.

Alabama Department of Public Health (ADPH) is posting updates on its Coronavirus webpage, including statewide news updates and reported cases by county

But the true extent of the virus is unknown. The number of confirmed cases does not equate to the prevalence of the virus in a county. Testing has been slow to deploy. Results are not delivered for 24 to 72 hours. In some cases, long lines form at announced test sites, overwhelming their ability to take samples, and perhaps indicating high demand.

PARCA is updating a Coronavirus Resources page, which can be accessed to the right of the main menu on the homepage.