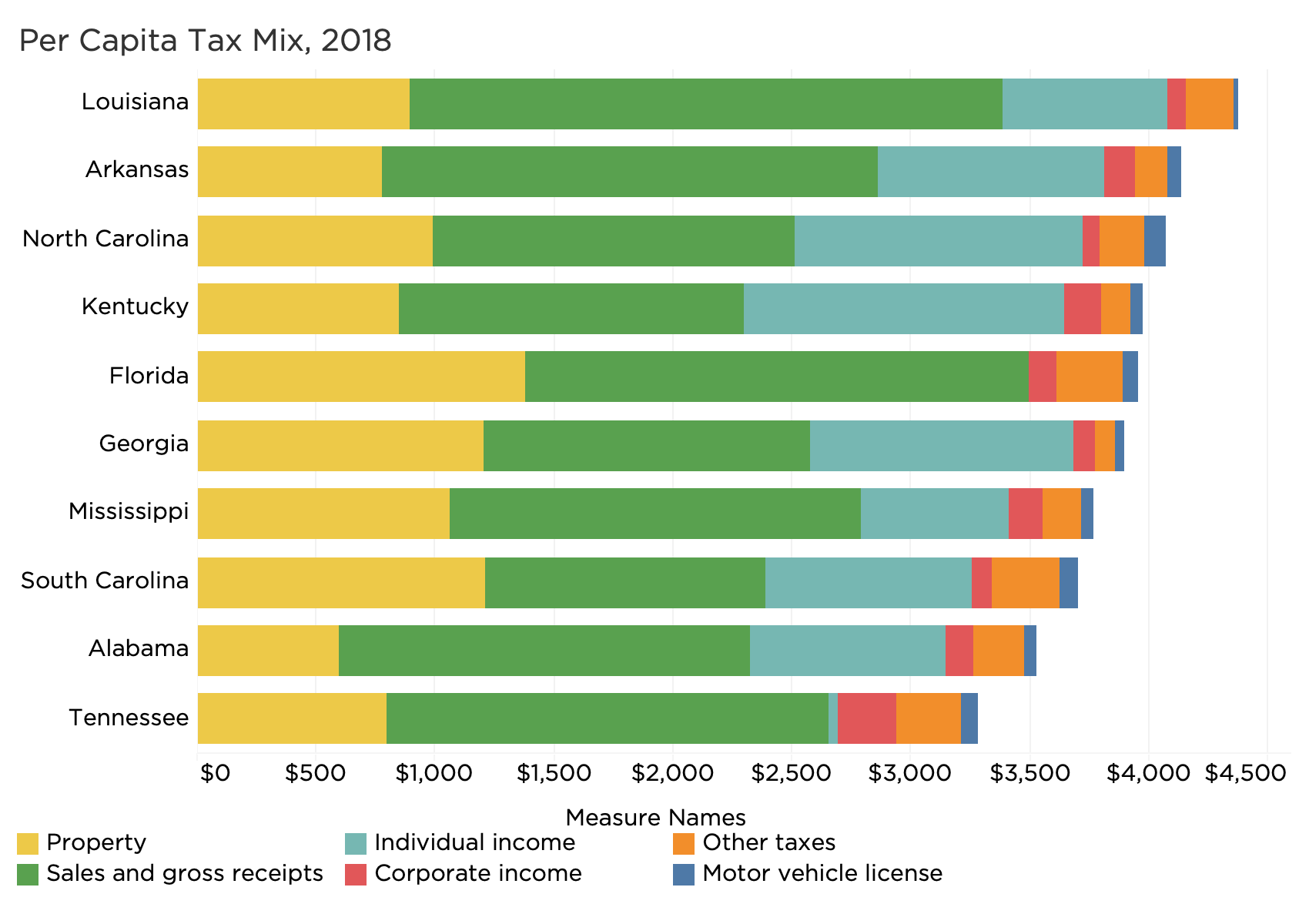 Alabama had the nation’s second-lowest tax collections per capita in 2018, the first time since the 1990s that any other state — in this case Tennessee — had lower state and local tax revenue per resident than Alabama.

Economic growth in Alabama, including a significant gain in income tax collections, helped Alabama nudge past Tennessee. It also helped that Tennessee is in the process of phasing out what remains of its small income tax and also reduced its sales tax rate on groceries. Tennessee’s more rapid population growth may also have had some effect on the per capita calculations.

PARCA’s 2020 edition of How Alabama Taxes Compare describes Alabama’s tax system and how it compares with tax systems in other states, based on the latest data available from the U.S. Census Bureau and the Bureau of Economic Analysis.