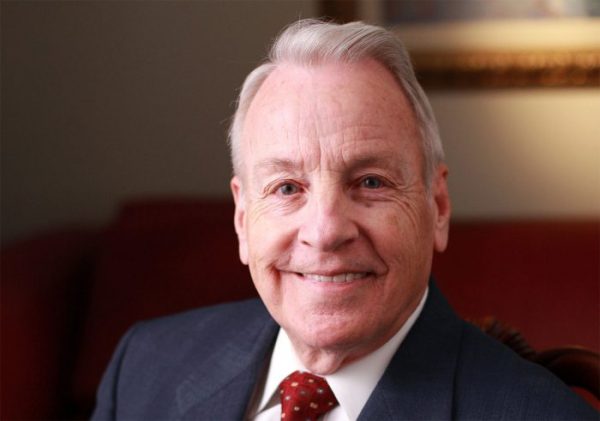 We at the Public Affairs Research Council of Alabama remember our founder, Governor Albert P. Brewer, who died January 2, 2017, at the age of 88. Gov. Brewer was a lifelong champion of equitable, efficient and effective government for Alabama.

Brewer, who had been elected Lieutenant Governor in 1966, took over as governor in 1968 upon the death of Gov. Lurleen Wallace. In an abbreviated term, Brewer gave the state a tantalizing taste of New South leadership, turning away from confrontational racial politics that had dominated the Wallace years and instead championing reform of state government and the improvement of education.

Brewer established by executive order the first state code of ethics. He declined to fill cabinet positions that had been previously occupied by political operatives. He established a state motor pool, cutting the use of personal vehicles for state business, saving $500,000 a year. He centralized the state’s computer systems saving $1 million.

A former Speaker of the Alabama House of Representatives, Brewer took a hands-on approach to legislating, pushing through one of the most consequential education reform packages ever passed in Alabama. It equalized educational appropriations and raised them by over $100 million, increasing teacher salaries more than 20 percent over two years.  He launched a Constitutional reform effort, established the Alabama Commission on Higher Education, and launched the operations of the state’s Medicaid program.

Despite the dynamism of his administration and the surge of hope and optimism it inspired among his supporters, Brewer was defeated in the 1970 election by George Wallace. Wallace unleashed what is widely considered one of the dirtiest campaigns in American political history against Brewer, featuring overtly racist appeals, altered photos, and false personal attacks on Brewer family members. Brewer’s defeat represents one of the great lost opportunities in Alabama history, according to former Decatur Daily Publisher Barrett Shelton, a lifelong friend of Brewer’s.

“Albert Brewer put a face on Alabama that other people respected, governors around the Southeast,” Shelton said. “Had he been elected governor this would have a different state today, far more advanced than it is today.”

After retiring from politics, Brewer remained committed to improving his native state. As an elder statesman, Brewer was often called upon to chair state government reform commissions, including his most recent service on the Constitutional Revision Commission. This November, voters approved four amendments to the Constitution based on recommendations by Commission. The amendments improved procedures for voting on local constitutional amendments, clarified the impeachment process, granted counties the ability to exercise some limited home rule powers, and replaced outdated language in some articles.

Joining the faculty of Samford University’s Cumberland School of Law in 1987, Brewer led the establishment of PARCA, the Public Affairs Research Council of Alabama; a good government think tank dedicated to the improvement of Alabama state and local government. Gov. Brewer envisioned that PARCA would become a trusted source of objective information for state and local leaders. He gave his time and passion to make that vision a reality, serving as the PARCA Chairman until 2013 and as Chairman Emeritus until his death.

Gov. Brewer’s death is an enormous loss for the people of Alabama. He was one of the greatest leaders and finest people our state has known. We will miss him and we will honor him by continuing the legacy he left for us.